An event, an idea, a reflection, a message? The initiative of a collective of professionnels and “city-lovers” from Bobo Dioulasso. Cooperation of unlimitedJCA, bioarchi, the French Institute and the university Nouvelle Aube.

In Bobo-Dioulasso, the second largest city in Burkina Faso, issues related to the city, urban planning, the uses of public spaces and the sociology of urban life are very little discussed, almost non-existent, or even almost ignored. The professional spheres acting in this field are limited, but they exist and deserve to be highlighted.

The project “espace PUBLIC – espace pARTagé ” / “PUBLIC space – shAReT space” proposes to offer opportunities for common reflection and moments of exchanges between professionals, researchers, inhabitants and public authorities on the themes of art and public space, an incubator of ideas and creative urban thinking. It is also an occasion to highlight the few existing initiatives and research on these issues that affect society, living, acting and creating together .

From 23 to 27 April, a week called ESPACE PUBLIC_Espace pARTagé 2018 took place, full of workshops, exchanges and artistic performances, with the main goal of launching an inclusive discussion on sustainable urban planning and public life with the participation of city residents.

The focus was on questioning more precisely the place of art in public space, how art could transform these spaces, and what place artists could play in building the city. Architects, artists, designers, companies, civil society organisations, academics, students, institutions … came together to create and exchange on these themes, in an innovative, participatory and experimental spirit, leaving plenty of room for exchange of view with local people and between professionals.

At the key city junction of the Place de la Nation, a multi-purpose space has been built, where visitors of happening through several different installations could “enter” the planning and development process of the city – for example, everyone could draw their Bobo Dioulasso’s favourite “places” otherwise significant. Concentration of human fates and paths behind them will help urban planners better target urban solutions that the inhabitants themselves have been involved with.

Among the installations, visitors could relax on in-situ made benches and chairs, designed from re-used materials. A new bus stop from local materials – bamboo and unprocessed cotton was also introduced during the event. A bar and a small library of the French Institute were opened for visitors. The last day of the Espace PUBLIC_Espace pARTagé 2018, a colloquium, project evaluation, citizens’ discussions and film screenings took place.

A mobile photo exhibition was also held during the week, involving local taxi drivers. Their interiors have been decorated with pictures of Bobo Dioulasso took by local photographers. Several hundred of clients who took the taxis could discover places they did not know or did not think of visiting.

Design of furniture, photography, dance, visual arts, theater, music and artistic installations appeared in different parts of the city. This unifying and meaningful project ended with intense discussions during a conference.

The professional discussion was articulated around two themes:

Public spaces are spaces where the population lives, meets, speaks, listens and looks at each other: so many places that reveal scenes of life where many individual and collective issues are played out.

Considering that Art can contribute to the sustainable development of the city; architects, town planners, sociologists and artists should be able to raise questions and bring decision-makers and the public to think about the evolution of public spaces in a sustainable way. The artistic intervention can represent a first “impulse”. Should public spaces or shared spaces not be conceived, from their conception, as potential places of reception and diffusion of works of art, awareness raising, artistic and intellectual interaction?

Quite often, with good reason, civil society invests spaces “neglected” by urban planning and appropriates them before the authorities do so; shapes and transforms them informally and according to their own uses. These initiatives are sometimes happy and creative but they can also generate problems of urban development (difficulty to launch new projects, misappropriation of projects …).

You might find more on the website of the event. The programme consists of several collaborative activities: Public Saloon, Expo-taxis, the Dawn at Black ft.  Katouma, installation Réseautage, exhibitions, cinema and colloquium. 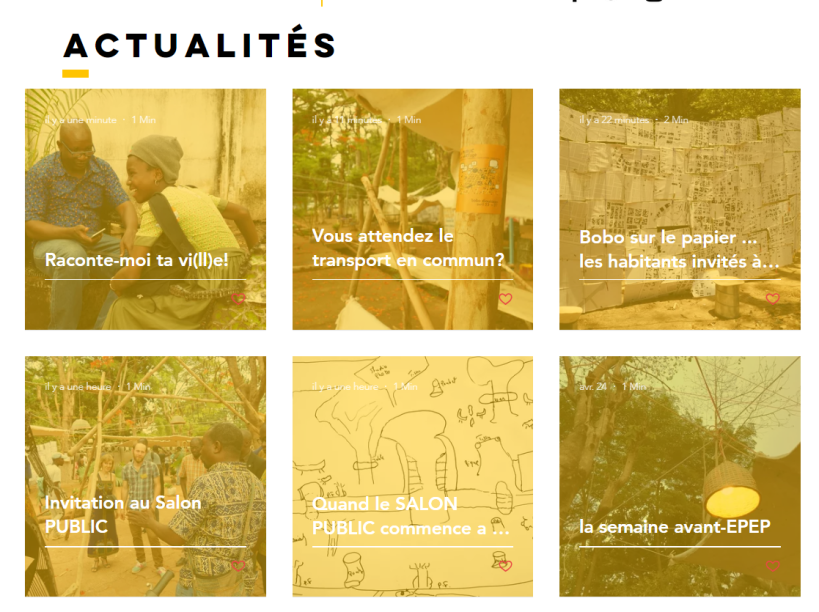 unlimitedJCA with French Institute in Bobo and in Paris, the studio Bioarchi and the University Aube Nouvelle 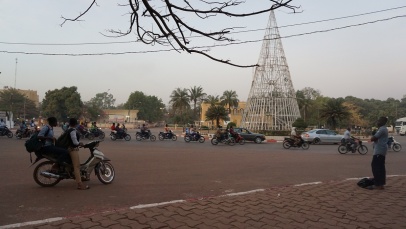 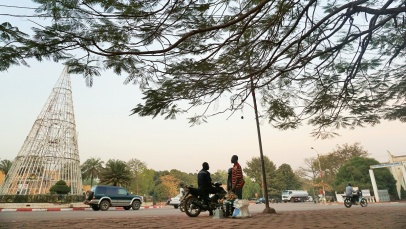 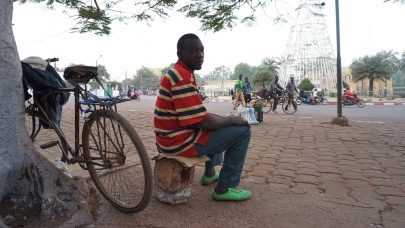 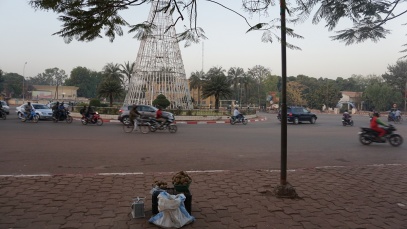 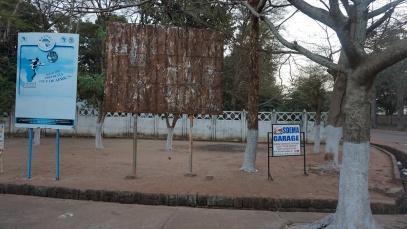 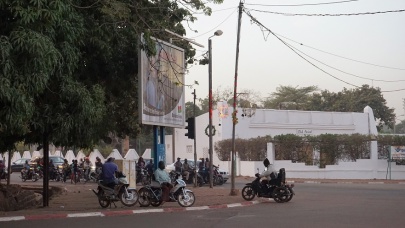